Have A Family Member Who Doesn't Want A Funeral? Here Are Some Points To Emphasize

When one of your parents reaches an advanced age, it can be advantageous to gently bring up funeral arrangements with him or her. Even though this can be a difficult topic to discuss, going over funeral plans now saves you the challenge of making big decisions later. Sometimes, a parent will suggest that he or she doesn't want a funeral. Although there's definite value in listening to your parent's reasons for this decision and respecting it, you might wish to point out a few thoughts that may make him or her reconsider. Here are some points that you can bring up:

It's Better For Your Family

The person who is thinking that no funeral is the best idea may overlook the fact that the funeral isn't really about him or her as much as it's about the surviving family members. Many people find that a funeral for their late loved one is helpful in the grieving process. When a funeral takes place, dozens and possibly even hundreds of people will attend to show their support, offer kind words of sympathy, and even share some laughs in remembering the life of the deceased. Without a funeral, these things may be absent, which can be difficult for those left behind.

Some people say that they don't want a funeral because they don't think anyone would come. Perhaps this thought is the result of depression or other issues, but it can be useful for you to gently suggest that more people would come than your parent thinks. You can even begin to list all of the people that your parent has impacted in some way or another, as it's probable that they'll come to the funeral to pay their respects.

It Provides Closure For Many People

Without a funeral, it can be difficult for people to accept that someone they know has passed away. Even if they know this to be factually true, knowing that the person was there one day and then gone the next can be very difficult. A funeral service acts as an opportunity for closure for all of those in attendance, from the immediate family members to distant relatives, neighbors, friends, and even old co-workers. This can especially be true when there's a visitation with an open casket, as people can stand for a minute next to the deceased's body in an effort to get closure. Without a funeral, getting closure can be difficult. If your points have successfully shown your loved one the value of having a funeral, you can set an appointment at a funeral home to begin the preplanning process.

Contact a funeral home near you for more information on funeral planning. 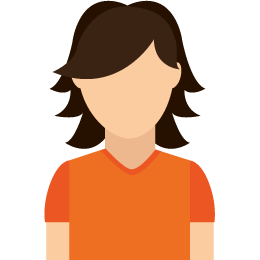 Hi there, my name is Crista Smith. I am going to talk to you about funeral home products and services. The funeral home industry helps people through the worst times of their lives. Funeral homes make it easy to obtain all of the necessary items used to send off loved ones in an honorable way. I would like to share information about the different types of products you can see for sale during the funeral planning process. After all, caskets and urns are not the only things you will need to plan the funeral you want for your loved ones. I will also talk about the service planning process with a focus on coping with distress and sadness. Please visit my site to learn all you need to know.